My Dangerous Loverboy is a breakthrough cross platform project that will raise awareness of the internal trafficking of vulnerable young girls into the sex trade. The girls, some as young as 12 years old, are lured into relationships by older boys and young men. Showering them with gifts, alcohol, drugs and most intoxicating of all, attention and the promise of love, the ‘Loverboys’ (a term coined in Holland) cut the girls off from family and friends and then traffick them from one town to another. The original ‘boyfriend’ disappears and the girls are then passed on to older men.

Unlike the external trafficking of people across international borders, internal trafficking is a hidden crime. Internal trafficking is a growing, but ignored or misunderstood crime in the UK, Canada, Holland, France, Australia, the USA and beyond. Few of us realise that some of the most vulnerable members of our own communities are being sexually exploited and trafficked from one city to another. But it is happening all around us, right here, right now.

In 2008, Vita Nova Films produced a high quality, short drama - MY DANGEROUS LOVERBOY - (financed by the UK Human Trafficking Centre) that told the ‘typical’ story of a young girl, Jade, who falls for handsome ‘Loverboy’ Raz. Jade ends up trafficked and entrapped in a town far from home. Simultaneously, Northern Film Media and the Canadian Film Board supported the development of the My Dangerous Loverboy Cross Platform project with the aim of creating an interactive drama, observational and investigative documentary, animation, photography, music, poetry, sound postcards, aural graffiti and written testimony all curated and designed to encourage moderated interaction with the campaign, through web and mobile.

Made with Suport of 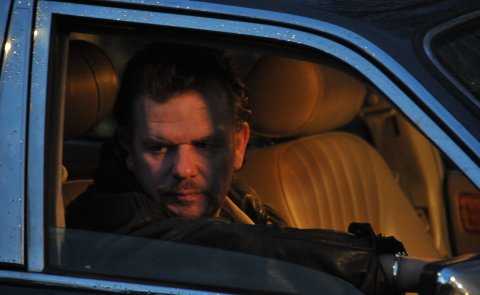